Stuttgart. Now that André Lotterer has signed up for the second Porsche Formula E cockpit, the driver pairing for the 2019/2020 season of the ABB FIA Formula E Championship has been decided: Neel Jani and André Lotterer will be the regular drivers for the Porsche works team’s maiden season in Formula E.

The German has been a Porsche works driver since 2017 and has also been active in the electric race series since the 2017/2018 season. He brought home two podiums for Techeetah in his maiden Formula E season and finished in 8th place in the overall standings. And in the 2018/2019 season of the Formula E Championship he claimed another two podiums for DS Techeetah Formula E Team and rounded off the season in New York last weekend by finishing in 8th place in the driver’s standings.

André Lotterer began his motorsport career in karting at a young age. He followed the traditional route of switching to single-seater racing later on. After a year as a Formula 1 test driver (2002), Japan became the new centre of his life: Lotterer drove in both Formula Nippon (now Super Formula) and Super GT at the same time. It wasn’t until 2009 that he reappeared in Europe. He got the overall win at the 24 Hours of Le Mans three times and won the world championship title in the WEC once. The man born in Duisburg also continued his career in single-seater racing in Japan. 2014 saw him make a short foray into Formula 1 with Caterham.

Fritz Enzinger (Vice President Porsche Motorsport): “Signing André for the second Porsche Formula E cockpit is definitely the right choice. He has been a Porsche works driver for three years and knows the team and Neel really well. And we can only benefit from the experience that André will bring from the past two Formula E seasons. Neel and André make the perfect driver pairing for Porsche’s works entry into Formula E. We are looking forward to entering our maiden season in the ABB FIA Formula E Championship for the 2019/2020 season with this strong driver pairing.”

André Lotterer (Porsche works driver): “I’m really looking forward to competing for Porsche in the ABB FIA Formula E Championship in the 2019/2020 season. I have been part of the Porsche family since 2017 and have lots of great memories of joint successes – particularly when working with Neel. We drove together in the Porsche LMP1 Team in 2017, and drove for Rebellion Racing in the WEC these past two years. It’s great that we will now be the driver pairing for the Porsche Formula E Team. I’m looking forward to the new task and to the future collaboration with the team.”

Carlo Wiggers (Director Team Management & Business Relations Porsche Motorsport): “With Neel and André we have two strong drivers for the Porsche works entry into the ABB FIA Formula E Championship in the 2019/2020 season. Both of them have been part of the Porsche family for several years and bring a wealth of experience with them. Neel has been involved in the Formula E development since the start. Now with André, we also have a driver who has gained valuable experience in the electric race series over the past two Formula E seasons. With Neel and André we have created the ideal conditions for Porsche’s maiden season in Formula E in terms of drivers.” 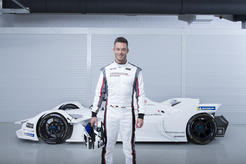 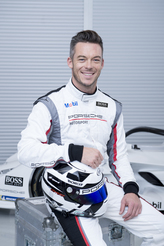 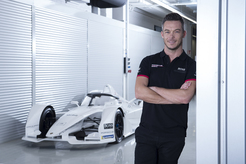 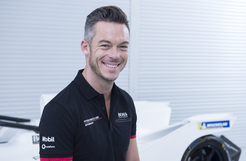