Stuttgart. A film team spent several months accompanying the TAG Heuer Porsche Formula E Team on its road to the first fully-electric racing series in the world. The fascinating documentary “Road to Formula E” is available now in the Porsche Newsroom. The 26-minute video not only reviews the most important milestones and the successful debut at the Diriyah E-Prix in Riyadh (Saudi Arabia), but also offers viewers new and exclusive insights into the world of Porsche Motorsport.

“Porsche has enjoyed countless successes at racetracks around the world, not least at the legendary 24 Hours of Le Mans. As such, we have high expectations of ourselves,” says Amiel Lindesay, Head of Operations for the TAG Heuer Porsche Formula E Team. “Following intense preparations, we have now arrived in the first fully-electric racing series and are also playing a significant role in shaping the future of motorsport in this environment,” says regular driver André Lotterer. “In doing so, we are learning all the time,” adds team-mate Neel Jani. “Particularly when we go up against the opposition.”

Success in the ABB FIA Formula E Championship is not only important for motorsport. Porsche introduces innovations from the racetrack into its production operations. Findings from motorsport always have a significant influence on the sports cars of tomorrow. “Porsche sees itself as a pioneer in sustainable sporty mobility,” explains Malte Huneke, Technical Project Leader with the TAG Heuer Porsche Formula E Team: “Battery-powered cars are currently the central issue in the automobile industry, with the goal being to reduce CO2 emissions. We are already on our way to achieving that goal.” 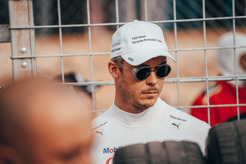 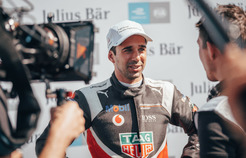 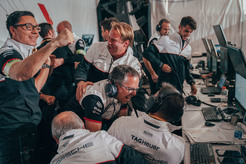