Stuttgart. The Porsche GT Team heads into unknown territory at round eight of the IMSA WeatherTech SportsCar Championship. The North American sports car championship will be contested for the first time at the Charlotte Roval course in Concord on 10 October. To prepare for this race, the works team went testing on the 3.67-kilometre track. With works driver Earl Bamber from New Zealand at the wheel of the Porsche 911 RSR, the factory squad gained valuable experiences and data for the upcoming challenge. The Porsche GT Team fields two ca. 515-hp GTLM vehicles at the race over one hour and 40 minutes. As the prototype class will not race at Charlotte, Porsche’s number 911 and 912 cars will fight for overall victory. The Wright Motorsports customer squad tackles the GTD category with a Porsche 911 GT3 R.

The race
The IMSA series debut is contested as part of the popular NASCAR championship. The racetrack consists of a 3.67-kilometre combination of the 1.5-mile oval and a tight infield road course with 18 turns. “We didn’t contest the previous Mid-Ohio round due to alleged coronavirus cases during the 24 Hours of Le Mans, however, we’re now returning to the championship. The Charlotte Roval is new terrain for all teams. Our Porsche 911 RSR performed very well at both Daytona races. Given that the layout at Charlotte is similar, I expect we’ll have good chances to claim our long-awaited first win of the season,” says Pascal Zurlinden, Director Porsche Factory Motorsport.

“The test day in Charlotte gave us important insights,” explains Head of Operations Steffen Höllwarth. “At first glance, the layout looks similar to the Daytona racetrack, but there are differences. The infield passage portion is larger; the stress on the vehicle and tyres in the oval is massive. That has to be taken into account when working on the setup. What’s more, we’re competing as part of the NASCAR weekend. We have no experience with how the rubber that’s left on the track by these cars affects the grip level of our vehicles. It’ll be an exciting 100-minute sprint.”

The Porsche GT Team drivers
Britain’s Nick Tandy and Frenchman Frédéric Makowiecki share driving duties in the No. 911 Porsche 911 RSR. The seasoned works driver duo currently ranks sixth in the drivers’ classification with 171 points. Works drivers Earl Bamber from New Zealand and Belgium’s Laurens Vanthoor share the cockpit of the No. 912 sister car. The reigning GTLM-champions are tied for points with their colleagues and lie fifth in the drivers’ championship. In the manufacturer’s classification, Porsche ranks third after seven of eleven rounds.

The customer team
In the GTD category, Wright Motorsports fields an over 500-hp Porsche 911 GT3 R. The cockpit of the No. 16 car is crewed by the American works driver Patrick Long and his compatriot Ryan Hardwick. The pair finished the last two races at Road Atlanta and Mid-Ohio on the podium. Wright Motorsports currently lies fourth in the category for GT3 vehicles.

Live streaming of the race
Round eight of the IMSA WeatherTech SportsCar Championship on the Charlotte Roval takes off on Saturday, 10 October, at 8:05 pm local time (Sunday 2:05 am CEST). The 100-minute race can be viewed outside the USA and Canada on www.imsa.com.

Drivers’ comments prior to the race
Frédéric Makowiecki (Porsche 911 RSR #911): “Each manufacturer got the chance to test on the Charlotte Roval with one vehicle. While that gave us preliminary insights, there are still a lot of open questions. The layout puts the tyres under a lot of stress. The key to success at Charlotte is a consistently fast pace over an entire stint. I hope we can find an optimal setup during the two short practice sessions. If we manage that, the chances for our first win of the season look good.”

Laurens Vanthoor (Porsche 911 RSR #912): “I only know Charlotte from the simulator. I’ve turned a lot of virtual laps there and discovered that the course is a big challenge. The stresses on the cars and tyres are enormous. It’ll be tricky for us drivers because there are massive barriers right next to almost all of the track. You need to be careful. Since we’re no longer in contention for the championship title, we can thoroughly enjoy the events and we want to achieve as many individual successes as possible.” 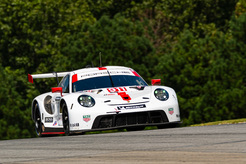 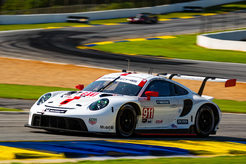 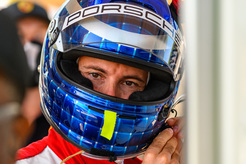 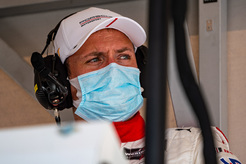 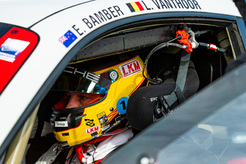 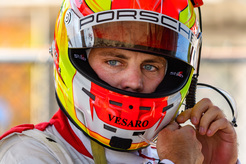 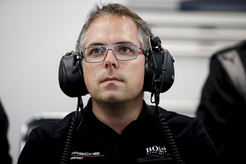 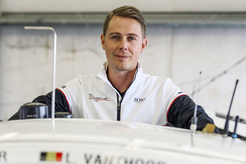 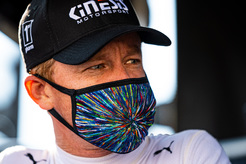