Stuttgart. The Porsche customer team Wright Motorsports continues its success streak in the IMSA WeatherTech SportsCar Championship. In the sprint race over 1:40 hours on the Charlotte Roval, works driver Patrick Long and his compatriot Ryan Hardwick achieved second place in the GTD class under difficult wet conditions. This marks the third straight podium result for the team from the US state of Ohio. Meanwhile, the unrelenting run of bad luck also continued at round eight for the Porsche GT Team in the faster GTLM class. For both Porsche 911 RSR, the evening event near the city of Concord ended after just 20 minutes.

The first race of the IMSA series at the Charlotte Roval started an hour later than planned due to delays in the previous NASCAR Xfinity Series. Facing heavy rain and poor visibility under floodlights, Frédéric Makowiecki initially managed to defend his second starting position in the No. 911 car, with Laurens Vanthoor working his way from sixth on the grid to fourth in the No. 912 vehicle. However, after just four laps, the Belgian hit the track barriers with his ca. 515 hp GTLM car. The damages to the rear of the defending champion’s 911 RSR were too serious to continue, and the car was out of the race after just ten minutes.

In the meantime, the Frenchman Makowiecki battled against several rivals and spun in the first corner on the seventh lap. Like his teammate Vanthoor, the resulting contact with the track barriers caused considerable damage, in this case to the front of the car. The damages to the No. 911 contender were also so severe that repairs needed to get the car back into the 100-minute sprint race seemed pointless. The Porsche GT Team had to withdraw the second RSR from the race after around 20 minutes.

However, the customer team Wright Motorsports enjoyed a positive race day. The American Ryan Hardwick had planted the 500+hp Porsche 911 GT3 R on a strong fifth position in qualifying. In the first 30 minutes of the race, the amateur driver lost a little ground in the No. 16 car before handing the car over to works driver Patrick Long at the first pit stop. The seasoned American racing driver quickly ploughed his way through the field and crossed the finish line in second place, just 1.497-seconds behind the class winner. In the overall standings, the duo has advanced to second.

In the manufacturers’ championship of the GTLM category, Porsche ranks third after eight rounds. In the drivers’ classification, the two crews Makowiecki/Tandy and Bamber/Vanthoor lie in fifth and sixth respectively. Round nine of the IMSA WeatherTech SportsCar Championship, the so-called Petit Le Mans, will be contested on 17 October at Road Atlanta in the US state of Georgia.

Comments on the race
Steffen Höllwarth (Head of Operations IMSA Championship): “We had big plans and the race started well but then the event came to an abrupt halt for us after just 20 minutes. Both vehicles hit the barriers in heavy rain. We weren’t able to do the necessary repairs within the short time available. That’s bitter for our entire team. We have a lot of work to do before the next race.”

Frédéric Makowiecki (Porsche 911 RSR #911): “First I have to let this sink in. I’m deeply disappointed. After the qualifying, things seemed really good. The second grid spot looked promising for the race. But heavy rain threw a spanner in the works. We had massive problems with aquaplaning and the car just couldn’t be controlled. We’ve had difficulties in heavy rain throughout the year.”

Nick Tandy (Porsche 911 RSR #911): “I didn’t turn a single race lap so I can’t really comment on the events. Let me focus on the positive. I very much enjoyed the fact that we discovered uncharted territory in the IMSA series with the Charlotte Roval. The course is a huge challenge. That became very obvious today. Now we’ll throw ourselves into preparing for the upcoming race at Road Atlanta.”

Laurens Vanthoor (Porsche 911 RSR #912): “Crash in qualifying, crash in the race. Quite honestly, that was my worst performance in years. I don’t know what happened. It just didn’t work. We had hardly any grip in the rain. We had nothing to lose so I tried everything to match the pace of the leaders. Unfortunately, it went terribly wrong.”

Earl Bamber (Porsche 911 RSR #912): “Not our day. Rain is always associated with difficulty for us. We had massive aquaplaning on the extremely wet track. The car very quickly ended up in one of the walls that stand very close to the track edge at Charlotte. Now we’re looking forward to Petit Le Mans. The race runs over ten hours. That should suit us better – at least if it stays dry in Florida.” 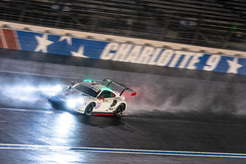 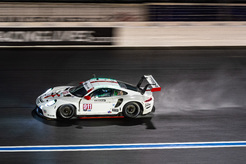 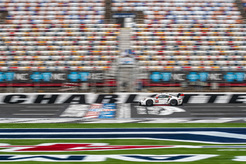 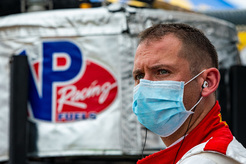 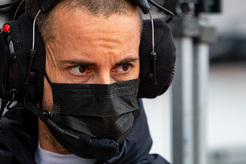 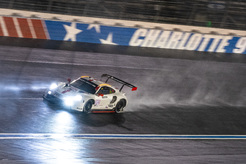 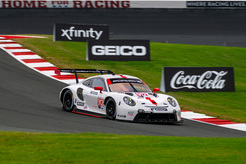 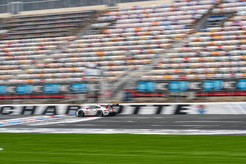 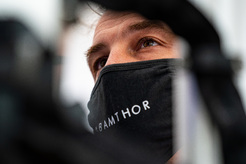 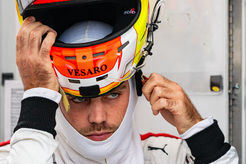 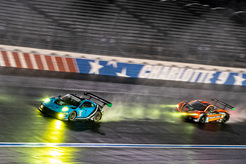 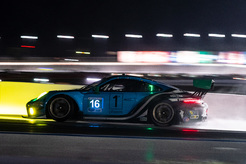 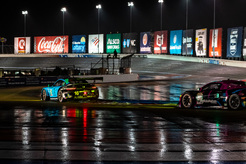 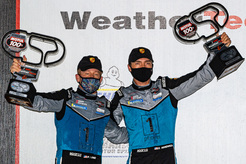 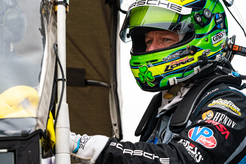