Porsche 911 RSR wins after a tactical masterstroke in California

Stuttgart. The Porsche GT Team has scored its second straight win in the North American IMSA WeatherTech SportsCar Championship. Belgium’s Laurens Vanthoor and Earl Bamber from New Zealand reached the finish line first on the Laguna Seca Raceway and achieved the first victory for the Porsche 911 RSR on the storied Californian racetrack since the start of the factory campaign in 2014. The identical ca. 515 hp sister car driven by their works driver colleagues Nick Tandy from Great Britain and Frédéric Makowiecki from France finished on fourth place in the hotly-contested GTLM category.

A clever tactic was the key to securing the second consecutive win after the triumph a fortnight ago at Road Atlanta. With air temperatures of around 30 degrees Celsius and an asphalt temperature of almost 50 degrees on the sand-covered course in the dunes of Laguna Seca, the main emphasis was on tyre management. During the morning qualifying session, the Porsche GT Team laid the foundation for two different strategies. Vanthoor planted the number 912 car on the second grid spot, while the number 911 entry turned only two laps in the qualifying session to run-in a set of tyres for the race – this, however, cost them a better starting position. The plan was that the vehicle driven by the Petit Le Mans winners Makowiecki and Tandy would make only two pit stops, with Bamber and Vanthoor’s 911 going all-out and coming in for a service stop three times.

After the start, Vanthoor retained his second position and took the lead after an early first stop in lap 17. The so-called undercut calculated by the team had the optimum effect. The Belgian held on to the lead and handed the number 912 car off to Bamber after two swift stints. On the way to the first win for the defending GTLM champions, the New Zealander maintained his composure even during a brief full course yellow shortly before the flag. With a commanding performance, he brought the Porsche 911 RSR over the finish line in first place. The tactics for the number 911, however, meant that Tandy had virtually no chance on used tyres when the race went green again with just 13 minutes left on the clock. The British racer lost third place that the crew had held for long stretches. Ultimately, he was just 4.716 seconds off claiming a podium result. On the same day that the customer team Proton Competition won the title in the European Le Mans Series, Porsche also had the most powerful car in the IMSA race.

At the penultimate round of the year, the customer squad Wright Motorsports safeguarded its chances of winning the GTD-class title. Works driver Patrick Long and his American compatriot Ryan Hardwick achieved sixth in the Porsche 911 GT3 R. In the overall classification, the team ranks second, just seven points behind the leader.

The eleventh and final round of the 2020 IMSA season takes place on 14 November at the Sebring International Raceway. This will be the 68th edition of the twelve-hour classic in Florida and, at the same time, marks the final factory outing of the two Porsche 911 RSR in the GTLM class of the North American sports car series.

Comments on the race
Pascal Zurlinden (Director Factory Motorsport): “What a great day for Porsche and the successful customer teams. In the afternoon, Proton Competition claimed the title in the European Le Mans Series, at the same time, the two 911 GT3 R fielded by Herberth Motorsport scored a double podium result in the ADAC GT Masters – and now the IMSA victory. We’ve finally won at Laguna Seca, as well. This success is the result of perfect teamwork. Our strategists implemented a clever plan, the team did quick pit stops and the drivers made the most of the 911 RSR’s potential. Congratulations everyone!”

Steffen Höllwarth (Head of Operations IMSA Championship): “We were determined to win today because Laguna Seca was a blank spot on the map. We’ve now managed to tick that off. We made a deliberate decision to use different strategies so that we could be prepared for all eventualities given the high temperatures. This worked perfectly with our number 912 car, but not with the sister car, unfortunately. It’s a shame that Nick couldn’t hold on to the podium position after the safety car phase. At that point, he was running on the most worn tyres by far, so he was handicapped. Still, we’re delighted about the tremendous final result.”

Frédéric Makowiecki (Porsche 911 RSR #911): “At last, a Porsche RSR wins a race at Laguna Seca. We’ve tried to do this since the beginning of our factory programme in 2014, but it’s taken until today to succeed. Congratulations to our colleagues in the 912 car. Unfortunately, not everything ran smoothly strategically for us, otherwise, we would certainly have reached the front of the field. Now I’m looking forward to the endurance race at Sebring.”

Nick Tandy (Porsche 911 RSR #911): “We put our money on a two-stop tactic. Our pace was good, but unfortunately, the strategy wasn’t optimal. In the end, we had to settle for finishing behind the sister car and two Corvettes. Still, it was a banner day for Porsche because we’ve achieved two IMSA wins in a row. That does our entire team a world of good.”

Laurens Vanthoor (Porsche 911 RSR #912): “That was a real team effort – everyone played their part perfectly – particularly our pit crew. Since we had to make three pit stops, the refuelling times were shorter than in a normal race. That meant that our lads had to complete the wheel changes flawlessly in record time. It worked very well, as you saw at the first pit stop when I was able to take the lead. This is the first win of the season for us in the 912 car. It’s the second in a row for Porsche. We’re finally achieving the results we deserve with the new 911 RSR.”

Earl Bamber (Porsche 911 RSR #912): “We’ve been waiting for a victory since the summer of last year. It finally worked. We won the race thanks to our strategy and the perfect job of all involved. Just one week after our victory at the 24 Hours of Spa-Francorchamps, we’re now at the forefront of the IMSA series. It can continue like this at the season finale in Sebring.” 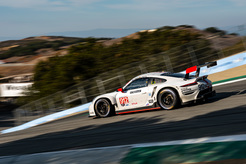 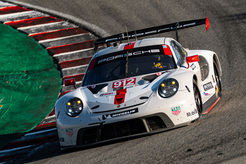 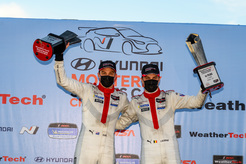 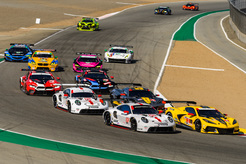 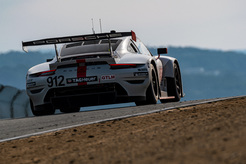 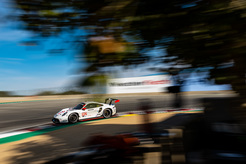 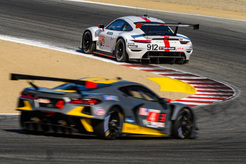 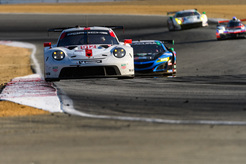 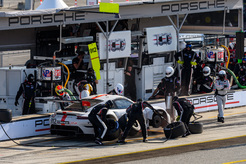 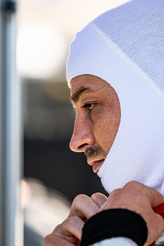 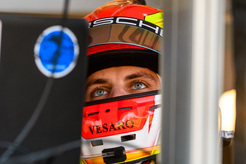 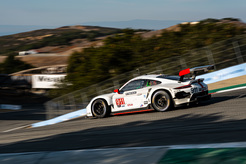 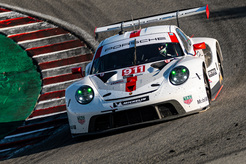 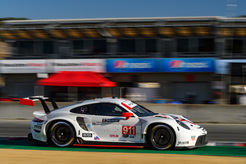 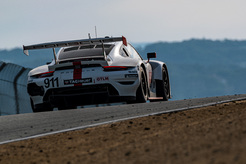 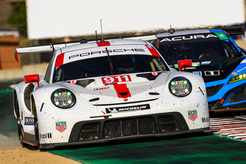 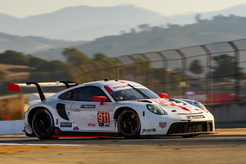 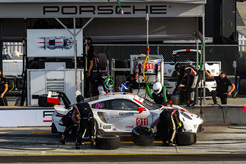 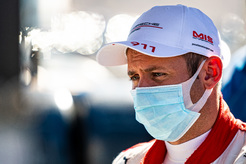 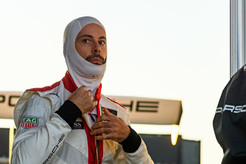 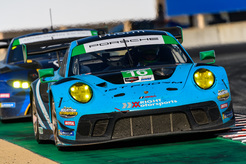 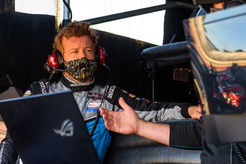