Esports champion wanted: 32 sim racers fight for the title at the finale

Stuttgart. Who will be the new champion of the Porsche Esports Carrera Cup Deutschland? The decision on the overall winner of the digital racing series will go down to the wire this Sunday (October 17 from 4:15 p.m. CEST) on the virtual version of the Spanish Circuit de Barcelona-Catalunya. Thirty-two sim racers will compete and fight not only for the title but also 25,000 Euros in prize money. Like the seven previous events, the finale of the 2021 season will be contested on the iRacing simulation platform.

“I am delighted that with the Porsche Esports Carrera Cup Deutschland, we have run a successful digital racing series for the third consecutive year. The large starting grids and action-packed races have shown us that sim racing is extremely attractive. I’m eager to see who will win the two finals and come out on top,” says Bastian Schramm, Director Marketing Porsche Deutschland GmbH.

The sim racers collected championship points at seven events throughout the season to secure a starting position for the finale. A total of over 1,100 esport players took part in the qualifying sessions for the respective events. The top 32 online racers of the championship make up the field on the Spanish Formula 1 circuit on Sunday. The programme consists of two 30-minute races – at which drivers can harvest a maximum of 100 points.

The hot favourites for the title include Maximilian Benecke (Germany) and Diogo Pinto (Portugal). In the final, the two sim racers from the experienced esports team Porsche24 Driven by Redline are determined to build on their strong performances from the season so far: Both 27-year-old Benecke and 19-year-old Pinto celebrated seven victories each and thus tackle the final with confidence. Both of them had previously showcased their expertise in the Porsche TAG Heuer Esports Supercup.

In addition to the two finals, spectators can also look forward to two show races with some distinguished names including the YouTuber “Dave Gaming”, the well-known online streamer Matt Malone as well as Mathieu Wacker, who represents the YouTube channel “DiePixelHelden”.


Further information, film and photo material in the Porsche Newsroom: newsroom.porsche.de
The Twitter channel @PorscheRaces provides live updates from Porsche Motorsport with the latest information and photos from racetracks around the world. 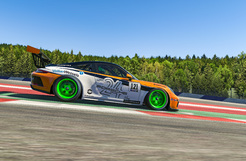 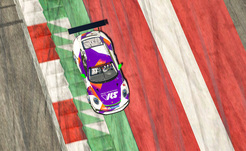 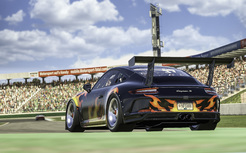 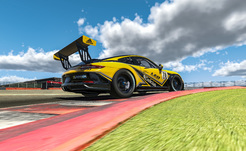