Stuttgart. Strong team performance in the Eternal City this weekend at the Rome E-Prix with André Lotterer (GER/#36) and Pascal Wehrlein (GER/#94) earning more valuable points for the TAG Heuer Porsche Formula E Team in their title bid. An exciting race 5 of the ABB FIA Formula E World Championship, saw Lotterer take the flag in fourth place after leading the field for some time on the Circuito Cittadino dell’EUR. Wehrlein finished in sixth place.

Race 5
In qualifying, André Lotterer reached the semifinals and started the race from third on the 3.380-kilometre track – the longest on the Formula E calendar. At the wheel of his Porsche 99X Electric, he matched the pace of the leading group. When activating Attack Mode – eight minutes each time in this race – he lost a position but managed to fight his way up to second place. With just twelve minutes remaining on the clock, he swept into the lead with a sensational overtaking manoeuvre. Over a long stretch, he held the top spot, but lost his advantage due to a safety car phase and had to allow competitors pass after the restart. When the safety car was again deployed, he was no longer in a position to challenge the front runners. Taking up the race from the seventh grid spot, his teammate Pascal Wehrlein ultimately concluded the race in sixth place after many tough duels for positions behind the leading group.

In the drivers’ standings of the all-electric racing series, André Lotterer ranks sixth with 43 points after five of 16 races. Pascal Wehrlein lies seventh just one point behind. In the team classification, the TAG Heuer Porsche Formula E Team has moved up to second place with 85 points.

Comments on the Rome E-Prix, Race 5

Florian Modlinger, Director Factory Motorsport Formula E: “That wasn’t exactly what we’d expected after our strong qualifying performance. We got off the line well in the race and gradually worked our way through the field. André even took the lead. He managed to pull clear of his pursuers but the safety car threw a spanner in the works. As a result, André lost his advantage and fell behind after the restart. There was another safety car phase after that, so we couldn’t continue the fight in the final phase. It was a difficult race for Pascal with tough battles behind the leading pack. Although we gained 20 points and we’ve improved our ranking in the team classification, we’re not completely happy with the way our race went. We could definitely have done more today. Now we’ll focus on preparing for Monaco, where we’ll try to come back even stronger.”

André Lotterer, Porsche works driver (#36): “Fourth place and decent points. I’m not entirely satisfied with that. When you start from P3 and are in the lead, you obviously hope for a better result. But the race didn’t go well for us. I had to watch my energy use carefully, but as I said, we earned valuable points and scoring regularly is particularly important in this competitive world championship. Now I’m looking forward to my home race in Monaco.”

Pascal Wehrlein, Porsche works driver (#94): “In my view, that was a pretty chaotic race. I couldn’t use my Attack Mode because the safety car came out at that point in time. That was very unfortunate and I lost contact with the front. At the restart, I wanted to overtake a competitor, but they shunted my car and I lost positions. Viewed in this light, sixth place is still a good result, but we could’ve achieved much more. A lot of things didn’t go to plan today.”

Next up
The next race for the TAG Heuer Porsche Formula E Team is on 30 April with the Monaco E-Prix, the sixth round of the ABB FIA Formula E World Championship.

Porsche in Formula E
With a historic one-two result thanks to Pascal Wehrlein and André Lotterer in the Porsche 99X Electric, the TAG Heuer Porsche Formula E Team celebrated its greatest success to date in Mexico on 12 February 2022. The team contests its third Formula E season in the world’s first fully-electric racing series. At the debut event in November 2019, André Lotterer scored second place at the season-opening race in Diriyah: a dream start and proof that with the Porsche 99X Electric, Porsche had a competitive vehicle right from the outset. Last season, Wehrlein claimed pole position in Mexico City. Two podium results followed with Wehrlein finishing third in Rome and Lotterer securing second in Valencia. As an accelerator for innovative and sustainable mobility technologies, Formula E has brought thrilling motorsport to people living in major cities since 2014. With the all-electric Taycan Turbo S, Porsche supplies the safety car this season, underlining the importance of Formula E for Porsche Motorsport. 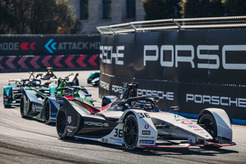 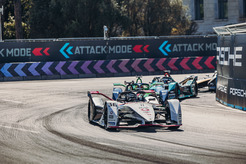 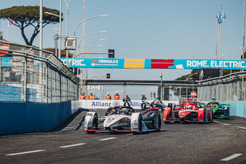 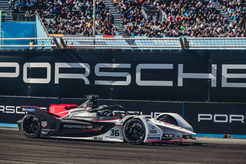 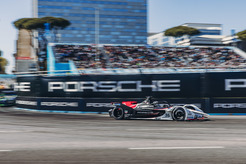 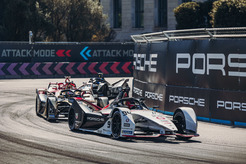 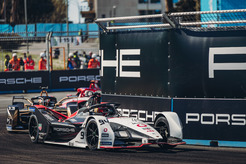 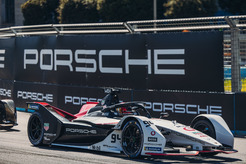 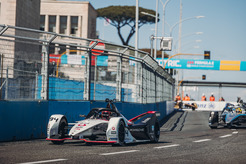 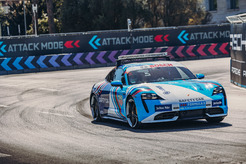