Stuttgart. The 45th Porsche Tennis Grand Prix began on Saturday with impressive performances in qualifying by two Porsche Talent Team players. Germany’s Nastasja Schunk and Eva Lys are both still in the running for a place in the main draw of the long-standing Stuttgart tournament. They have been joined in the final round by compatriot Tamara Korpatsch.

Nastasja Schunk caught the eye in the day’s first match on Court 1 when winning a tight three-setter 4-6, 6-4, 6-1 against the Australian Maddison Inglis. She had only just previously returned from Kazakhstan where she had been supporting Porsche Team Germany in the Billie Jean King Cup as a hitting partner. In the final round of qualifying on Sunday, she will face Elina Avanesyan who defeated Italy’s Federica Di Sarra 6-4, 4-6, 6-3.

Eva Lys, the reigning German champion, also came through her opening contest. Despite winning the first set comfortably against the Spaniard Cristina Bucsa, she still had to go the full distance before clinching the match 6-1, 3-6, 6-4. She has also therefore reached the final round where she will meet Kathinka von Deichmann from Liechtenstein who beat the Hungarian Panna Udvardy 7-6 (3), 6-1.

Whilst Tamara Korpatsch reached the final stage of qualifying with a 6-4, 6-3 success against Mandy Minella (Luxembourg), Mara Guth was unable to produce her best tennis. The Porsche Talent Team player went down 6-3, 6-2 to Storm Sanders (Australia).

The qualifying finals have also been reached by the Swiss Stefanie Vögele and the Frenchwoman Chloe Paquet. Sunday’s play for the last four unfilled main draw berths will start at 11.00 am. The main draw encounters, which will begin on Monday, will be drawn by the Czech Petra Kvitova, the 2019 Stuttgart winner. 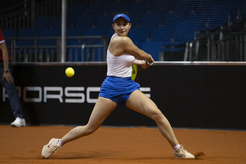 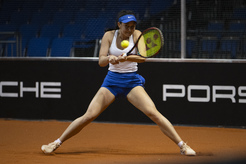 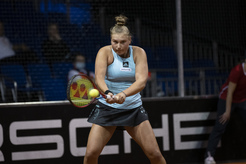 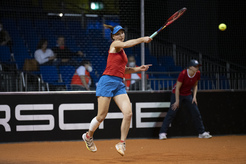 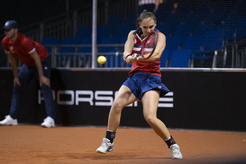