Stuttgart. The numerous spectators in the Porsche Arena did not have to wait long for the first major upset at the 45th edition of the Porsche Tennis Grand Prix. Straight away in the first match of the day on Centre Court, Eva Lys exceeded herself when reaching the second round. In a thriller lasting three hours and nine minutes, the 20-year-old Porsche Talent Team player defeated the Swiss Viktorija Golubic 5-7, 7-5, 7-5 to post the biggest win of her still young career.

“The match finished 90 minutes ago and I’m still shaking. Winning my first WTA match is a brilliant feeling,” said the reigning German champion who made her first ever appearance in a WTA main draw after winning twice in qualifying. “I practice a lot at the nearby Stuttgart-Stammheim tennis centre, and it has always been my dream to play this tournament. I could hardly sleep last night, I was so nervous. But I knew, if I played my own game then I’d have a good chance. The crowd gave me loads of energy and I’m so incredibly grateful that so many tennis fans turned up to watch my match today.”

Eva Lys will be back on court on Wednesday against of all people the Pole Iga Swiatek, the world No. 1. It a challenge that is right up her street. “I knew that I’d have to play Iga if I won. It was great motivation on top. I’m so looking forward to playing her. It’s going to be a good chance to find out what I’m capable of,” she said. “This week is showing me that I’m on the right track. I’ll go out on court and try to enjoy every second. I’ve got absolutely nothing to lose.”

For two of her teammates at the Porsche Tennis Grand Prix, where the winner will receive a Porsche Taycan GTS Sport Turismo as the main prize, Tuesday marked the end of the road despite them producing impressive performances. Nastasja Schunk, who like Eva Lys secured a main draw ticket via qualifying, battled resolutely against the Kazakh Elena Rybakina who is ranked 205 places above her. The German eventually succumbed in two hard-fought sets, 7-6, 7-5. Jule Niemeier, who was handed a main draw wildcard, was beaten 7-6, 6-3 by Bianca Andreescu. The Canadian US Open champion in 2019 thus enjoyed a successful comeback on the WTA Tour after a four-month lay-off.

The first of a total of seven Top 10 players at the Porsche Tennis Grand Prix to go out on court in the Porsche Arena for a singles was Tunisia’s Ons Jabeur. She progressed to the next round by virtue of a 4-6, 6-2, 6-3 win against the Czech Marketa Vondrousova. Germany’s Tamara Korpatsch took her chance as a lucky loser to also advance to the last 16 after overcoming the Italian Camila Giorgi 3-6, 7-6, 6-1. In the last match of the day, the American shooting star Coco Gauff lost 6-4, 6-2 against Daria Kasatkina.

The top stars are starting their campaigns on Wednesday
Wednesday will be the day of the top stars at the Porsche Tennis Grand Prix. The very first encounter on Centre Court in the Porsche Arena at 12.30 pm will see the 2019 Stuttgart winner Petra Kvitova from the Czech Republic take on her countrywoman Karolina Pliskova, who won in 2018. Immediately afterwards, Eva Lys, Tuesday’s surprise winner from the Porsche Talent Team, will face Iga Swiatek, the current world No. 1 from Poland. The Porsche Brand Ambassador Emma Raducanu (Great Britain) will then make her Porsche Tennis Grand Prix debut, but not before 5.00 pm. The 2021 US Open champion will be up against the Australian qualifier Storm Sanders. Germany’s Angelique Kerber will enter the fray afterwards, but not before 6.30 pm. The Porsche Brand Ambassador and 2015 and 2016 winner will face the world No. 5 Anett Kontaveit from Estonia, the 2019 runner-up. To conclude the schedule on an action-packed day, local hero Laura Siegemund will then take to the court for the first time. The 2017 Stuttgart winner will play the Slovenian Tamara Zidansek. 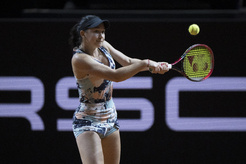 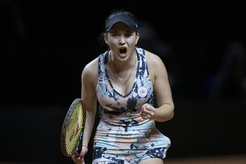 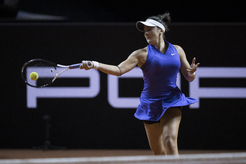 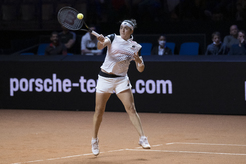 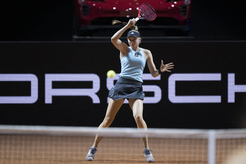 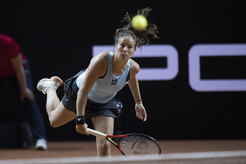 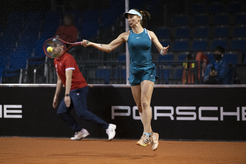 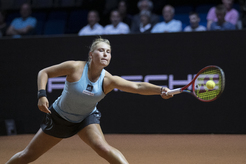 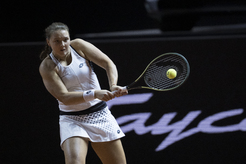