Stuttgart. Sami Khedira’s greatest achievements came on a pitch. When visiting the Porsche Test and Development Centre in Weissach, the footballer risked venturing out onto the test track’s quick tarmac – as a passenger next to the Porsche works driver Pascal Wehrlein, who recently claimed the first win for Porsche in the ABB FIA Formula E World Championship. “That was pretty impressive,” he said after lapping the track in a fully-electric Porsche Taycan GTS Sport Turismo, the winner’s car at the Porsche Tennis Grand Prix. He then took a deep breath before saying, “Good that a top professional was at the steering wheel.”

The 2014 World Cup winner and Ambassador of the Porsche “Turbo for Talents” youth development programme gained many lasting impressions during his visit to the heart of Porsche motorsport. For example, Pascal Wehrlein and his teammate André Lotterer showed him the state-of-the-art racing simulator in which they were preparing for the next Formula E race in Monaco. Marc Lieb, the former Porsche works driver and 2016 Endurance World Champion, took him on a tour around the motorsport workshops. In doing so, he was able to take a look at the 800 kW Porsche Mission R and marvel at the Porsche 99X Electric that races in Formula E. The LMDh sports prototype in which Porsche will be competing for the overall wins at the legendary 24 Hours of Le Mans from 2023 onwards also awakened his interest.

After leaving Weissach, the former star Real Madrid and Juventus Turin midfielder and André Lotterer travelled back to Stuttgart in the Porsche Arena when the world’s top women tennis players are in action. After being interviewed as a part of Porsche Tennis TV’s live coverage, Sami Khedira met the talented youngster, Eva Lys. She is supported in the Porsche Talent Team and made positive headlines in the past few days when recording her first ever win at a WTA tournament. They enjoyed a lively discussion about her first ever appearance on the big tennis stage and the importance of the support provided by Porsche youth development programme. The two also talked about motivation and mental strength as a prerequisite for a professional career, no matter which sport.

“It was a very interesting conversation,” said Eva Lys. “Sami has so many great experiences from his time as a footballer and it was nice he shared a few with me. I have the greatest respect for everything he achieved in his career.” 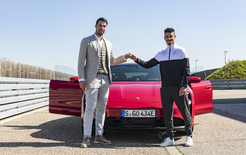 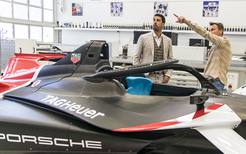 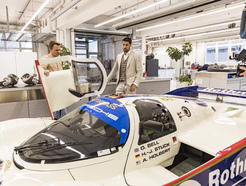 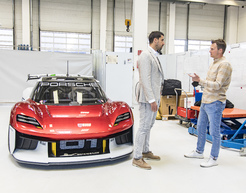 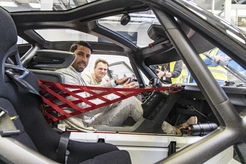 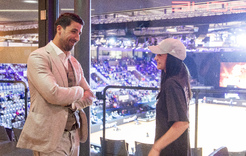 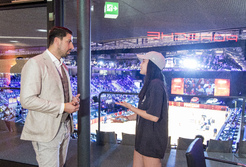 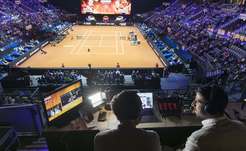