Maria Sharapova celebrates a successful comeback in the Porsche Arena

Stuttgart. Maria Sharapova returned to the professional tour at the Porsche Tennis Grand Prix on Wednesday evening with a win. The sell-out crowd in the Porsche Arena gave the superstar a rousing welcome and were party to the eagerly-awaited comeback. It turned out a return that they would have wished for the three-time Stuttgart winner. In her first match on the WTA Tour after a 15-month break, Maria Sharapova overcame the strong Italian 7-5, 6-3 to reach the last 16 at the long-standing tournament which is being played for the 40th time this year.

It was as if she had never been away. The Stuttgart audience gave Maria Sharapova a warm welcome and then watched an impressive performance by the five-time Grand Slam winner on Centre Court. Whilst her shots were lacking a little precision, the old dynamism was still there. Roberta Vinci put up stiff resistance but had little to counter the Russian’s powerful game in the second set.

“It’s the best feeling in the world to walk into such an arena and play in front of this fantastic Centre Court crowd,” said Maria Sharapova who will face her compatriot Ekaterina Makarov on Thursday. “I’ve worked hard for this moment in the last few months. It’s an incredible feeling playing on this court again and I’m naturally relieved to have started with a win.”

The first player in the quarterfinal of the Porsche Tennis Grand Prix is Simona Halep. Seeded No. 4, the Romanian, who had a first-round bye, was an easy 6-2, 6-3 victor against the Czech Barbora Strycova. Also in the last eight is the Estonian qualifier Anett Kontaveit after her 2-6, 7-6, 6-1 victory against the Spanish No. 5 seed Garbine Muguruza. One player to win her first ever main draw match in the Porsche Arena was Johanna Konta from Great Britain. The winner of the recent million-dollar Miami Open tournament, overcame the qualifier Naomi Osaka (Japan) 7-6, 3-6, 6-1.

Title-holder Angelique Kerber’s first opponent at the anniversary tournament is now known – the world No. 2 will meet the strong Frenchwoman Kristina Mladenovic, who won her opening match in a surprisingly easy fashion against the Indian Wells winner Elena Vesnina from Russia. CoCo Vandeweghe enjoyed a successful debut at the Porsche Tennis Grand Prix. The American had to dig deep when narrowly overcoming the qualifier Jelena Ostapenko (Lithuania) 7-6, 7-6.

For German Tamara Korpatsch, the only other domestic player in the main draw alongside Angelique Kerber and Laura Siegemund, her premiere at the Porsche Tennis Grand Prix came to an end in the day’s first match. The 21-year old qualifier, for whom reaching the main draw was her biggest success on the WTA Tour to date, was defeated by the experienced Spaniard Carla Suarez Navarro 6-2, 6-4. “I was so excited about the match but was very nervous at the start,” said the world No. 140. “Things got better in the second set but unfortunately not good enough to beat such a strong player. But I still played a good tournament here in Stuttgart.” 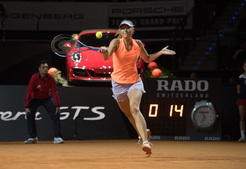 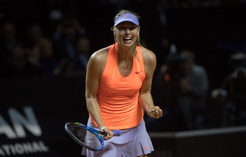 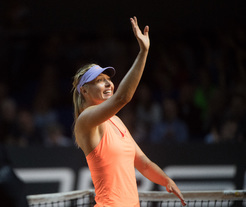 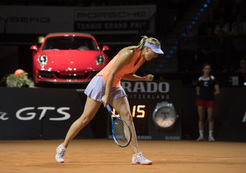 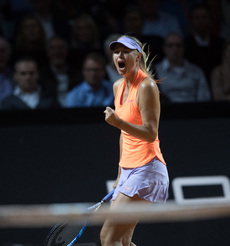 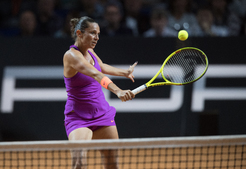 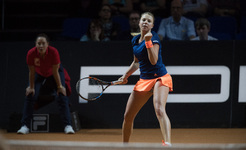 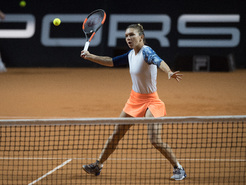 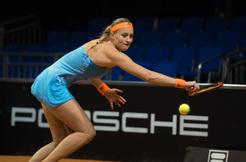 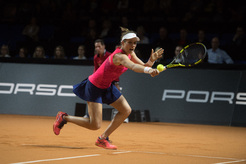 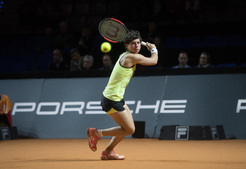 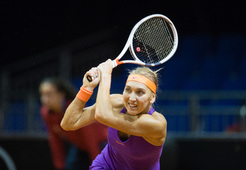