Stuttgart. The matches in the round of the last 16 at the Porsche Tennis Grand Prix were full of tension and drama in the sold-out Porsche Arena. Whilst the tournament is already over for the title-holder Angelique Kerber from Porsche Team Germany, her teammate Laura Siegemund from Stuttgart has progressed comfortably to the quarterfinals. Maria Sharapova (Russia) also advanced to the last eight.

Angelique Kerber made no attempt to hide her disappointment. “Today’s match was the worst I’ve played in the last few months,” said the Porsche Brand Ambassador and current world No. 2. “I tried everything but everything was awry. You have such days every now and again. Pity that it had to be in Stuttgart of all places.” After being given a bye into the second round, she lost her opening match against the impressive Frenchwoman Kristina Mladenovic 6-2, 7-5. In the post-match interview, last year’s doubles winner took pity on the spectators who tried to uplift Angelique Kerber – but to no avail. “The atmosphere in this arena is incredible,” she said. “I’m sorry I won against your favourite, of all people. Thanks for being such a fair crowd and also supporting me.”

Whilst Angelique Kerber’s dream of a third win in Stuttgart is over, for Laura Siegemund, the Porsche Arena is increasingly becoming her sporting home. One year after storming all the way to the final from qualifying, the 29-year old local hero is presenting her best tennis at the 40th edition of the tournament. On Thursday, the world No. 49 beat Svetlana Kuznetsova, who is 40 places above her in the world rankings, 6-4, 6-3 after two hours three minutes. The Russian, the first clay court winner in the Porsche Arena in 2009, made her opponent work hard in the match that included many long rallies. “I know I can play very well here,” said Laura Siegemund. “It’s also because I feel at home here and the crowd’s cheering really fires me up.”

After getting her Porsche Tennis Grand Prix campaign underway with a win against the Italian Roberta Vinci, Maria Sharapova’s comeback is still in right on track. The second match after her 15-month break was won in impressive fashion by the 2012, 2013 and 2014 tournament winner tournament – 7-5, 6-1 against Ekaterina Makarova (Russia). “Being in the quarterfinals here is quite special,” she said. “Practicing is so different to playing matches and I’m so happy to have started this tournament so well.” In the round of the last eight, she will face Estonian Anett Kontaveit. “I don’t know her,” she said, “but anyone making her way from qualifying to the quarters must be good.”

In addition to Angelique Kerber, four other Top 10 players have already been knocked out of the Porsche Tennis Grand Prix: Johanna Konta, Svetlana Kuznetsova, Garbine Muguruza and Agnieszka Radwanska. “We didn’t think we’d have so many surprises in the first few days,” said Tournament Director Markus Günthardt. “That such strong players have failed to progress at this early stage speaks for the quality of our field. Our spectators can look forward to exciting quarterfinals.”

The quarterfinal matches in the Porsche Arena on Friday 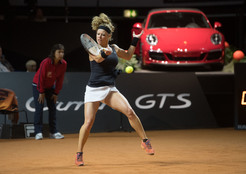 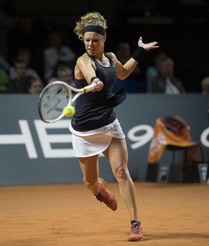 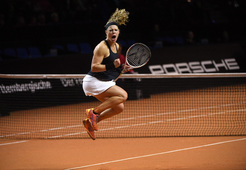 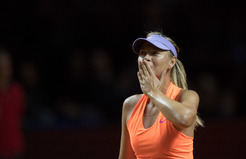 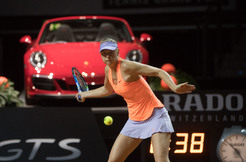 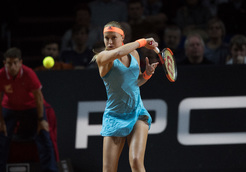 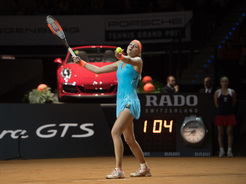 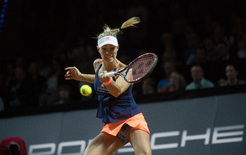 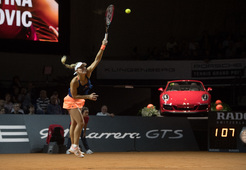 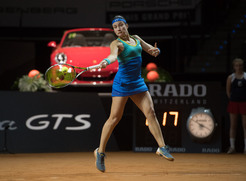 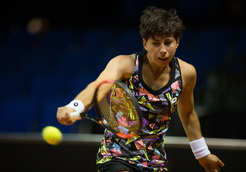