Stuttgart. Julien Andlauer (F/BWT Lechner Racing) has made a perfect start into the Porsche Mobil 1 Supercup season on Saturday: During the qualifying session at the Spanish Circuit de Barcelona-Catalunya, the Porsche Junior claimed pole position in a time of 1:47.869 minutes. Lining up next to him on the first grid row is Ayhancan Güven (martinet by ALMÉRAS) from Turkey. Michael Ammermüller (D/BWT Lechner Racing) takes up the race from the P3. “Being the fastest in free practice and qualifying gives me a lot of confidence for Sunday’s race,” said Andlauer, “but still the race will be a big challenge, as underlined by the close times in the sessions.”

Under cloudy skies and in temperatures of 20 degrees Celsius, the 28-strong field took up the hunt for the best grid positions. Right from the outset, Andlauer underscored his claim to the pole position and topped the time sheets over the entire 30-minute session. After just six minutes, the young racer from Lyon, France, turned his best lap. Güven also used the 485 hp of his Porsche 911 GT3 Cup to post his fastest lap early on in the qualifying. The 21-year-old turned the second fastest Porsche-lap of the day on the racetrack north of Barcelona in a time of 1:48.034 minutes. “The first grid row at my Supercup debut is a cool starting position. It’s been hugely motivating to get the chance to be watched by Formula 1 spectators. I’d like to give the fans a great show on Sunday,” said Güven.

Title defender Ammermüller secured the third grid spot in a time of 1:48.151 minutes. Using the grip of fresh tyres, the Lechner driver set his fastest time on his second lap. “In the final phase, the track surface was a little dirty in the first sector. So it was important to set a good time early on. In the race I’d like to gain at least one position. It’ll be decisive for me to find the right balance between safety and risk,” declared Ammermüller. Sharing the second grid row with the German is Tio Ellinas (CY/Momo Megatron Lechner Racing).

The fifth fastest qualifying time was secured by Denmark’s Mikkel Pedersen (Dinamic Motorsport) ahead of Jaap van Lagen (martinet by ALMÉRAS) from the Netherlands. Starting positions seven and eight are occupied by Dylan Pereira (L/Momo Megatron Lechner Racing) and Al Faisal Al Zubair (OM/Lechner Racing Middle East). Behind them, Florian Latorre (F/Fach Auto Tech) starts from ninth place. In the first race of this season’s Porsche Mobil 1 Supercup, Jaxon Evans (NZ/Fach Auto Tech) rounds off the top ten. The fastest lap time on the 4.655 kilometre circuit for the Porsche Junior was 1:49.097 minutes. “It felt good to be among the top ten in this strong field. However, I didn’t manage to turn a perfect lap. I’ll look at why with my team in order to make up as many positions as possible in the race,” said Evans.

Round one of the Porsche Mobil 1 Supercup takes off on Sunday at 12:45 hrs local time. Fans can watch the race live on Eurosport. The TV station broadcasts the race in 60 countries. In addition, Sport1 televises the international one-make cup in Germany, as does Sky in Great Britain and Italy. Moreover, the official Formula 1 streaming service (F1 TV) shows the race live. 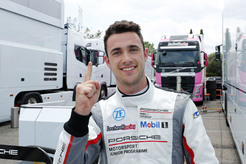 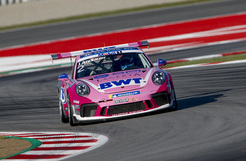 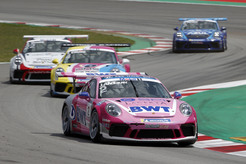 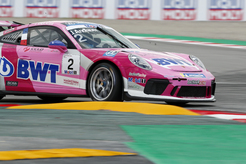 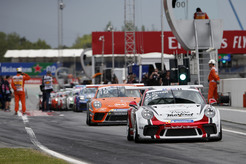 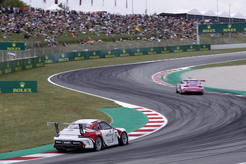 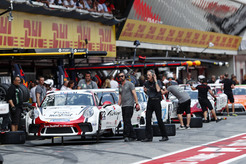 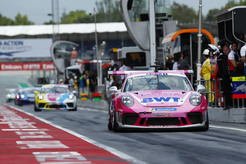 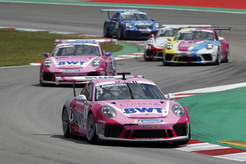 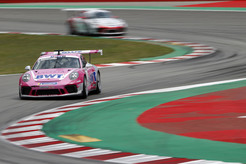 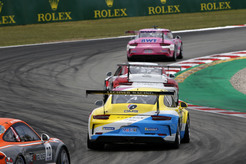 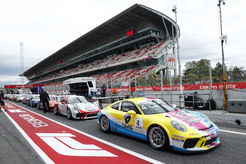 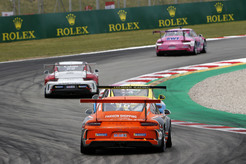 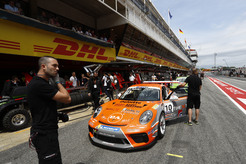 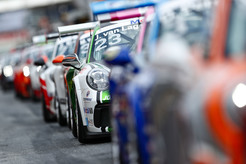 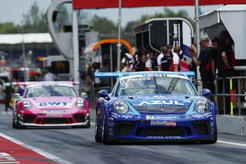 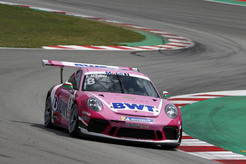 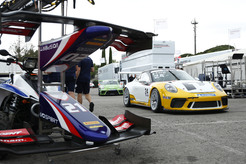 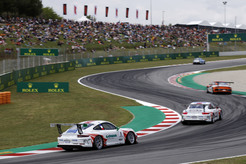 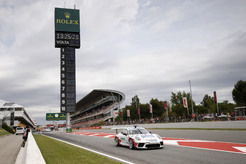 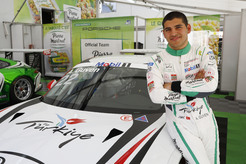 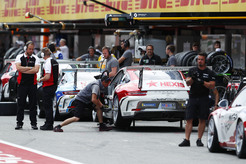 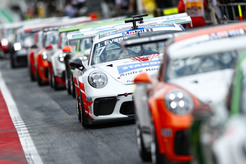 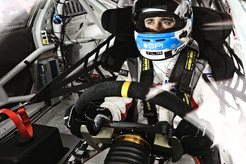 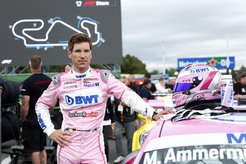 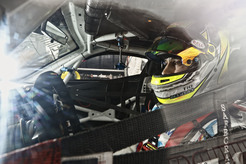 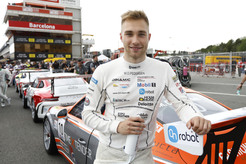 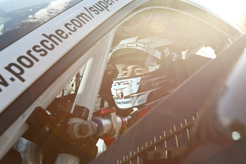 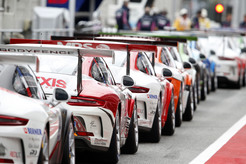 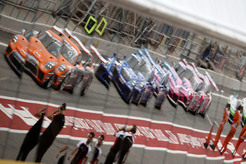